Video analyst Oliver Gage pulls back the curtain on how his club develops players with video.

The Houston Dynamo have made video analysis an essential part of their club structure, which means analyst Oliver Gage is entrusted with a lot of responsibility. Gage and his team are tasked with scouting opponents and gauging the effectiveness of their own team, looking for every opportunity for improvement. But perhaps Gage’s most important task is helping the Dynamo develop their players.

Gage has seen firsthand the potential video possesses when it comes to developing players. The Dynamo use three different kinds of video sessions to drive home teaching points and help their players — and subsequently, the team — improve. 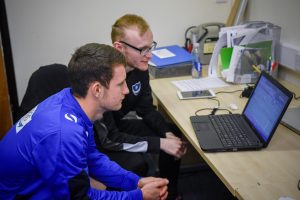 Gage sees lessons really hit home when players are addressed in a smaller setting, either in an individual meeting or with a few other players from their position group. Sometimes it’s as simple as a coach grabbing a player as he’s headed on or off the practice field and showing him a few things from the video.

These meetings are casual and less structured, often as short as five minutes. Smaller groups allow coaches to specifically address what one player or group needs to focus on. As impactful as team meetings can be, players’ minds tend to roam when the information being presented doesn’t particularly pertain to them.

“If you wanted to try and get all that individual feedback as a group, you might end up with an hour-long video session in which 15 minutes to any one player, it’s time-ineffective and the player is going to lose their focus,” Gage said. “The ideal video session is 15 minutes daily and very precise and to the point. You don’t want to go on any longer than you need to. The players lose their focus and the message of the video session gets lost.”

Players are also far more likely to take constructive criticism in a smaller setting. Calling out errors or things that need to be corrected in front of their peers can often lead to disagreement or resentment, causing rifts within the team.

“You don’t want to show a guy up in front of all his teammates,” Gage said. “No one really wants to hear that in front of 25 other people. That’s definitely something where, on a one-on-one basis, players are calmed down a little more instead of in front of all your teammates and your buddies. The players might try to defend his actions, or worse, afterward the players won’t like the coach and won’t want to work with him because they think he’s (a jerk). Most of the coaches I’ve dealt with want to do negative feedback in a one-on-one setting.”

Though Houston prefers smaller groups, the coaches also realize the importance of getting the entire team together to watch video. It’s important to maintain philosophies and deliver messages that resonate for the entire team.

The Dynamo typically hold these sessions before a game to remind players of what to expect or after the game to provide immediate feedback on how to improve.
“The main points in the post-game video and the pre-game video of the opposition will be delivered to the team as a whole,” Gage said. “Often they’re kind of team-wide principles and things we want to reinforce regarding the way we want to play and the way we want to approach the opposition. It’s important for everyone to be on the same page.”

Coaches have limited time with their players, but their ability to teach doesn’t end when practice does. By creating playlists of relevant moments with comments and drawings, coaches can get their point across to their athletes even if they’re away from the facility. 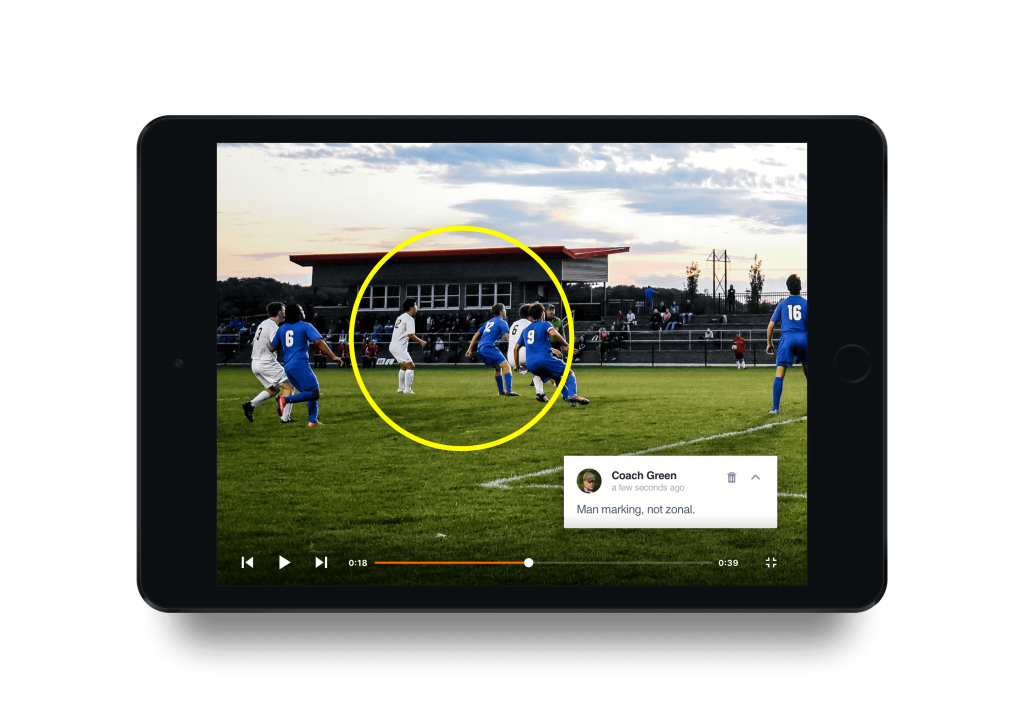 Coaches have to be willing to adapt their sharing strategy with each player. Some athletes gobble up all the video they can. Others prefer to be creative and aren’t as interested in structure.

“We kind of find the attacking guys aren’t as interested in seeing that sort of stuff,” Gage said. “They’re very focused on individual creativity and being a little more free with their play and less structure. Definitely the midfielders and defenders, they take a key interest in seeing not only themselves, but the opposing forwards and wide players, their tendencies, their strengths and weaknesses, what they’re about to go up against that week.”

It’s critical for coaches to create a culture where athletes crave video. If athletes realize video’s value and don’t view it as a chore, they’ll be far more likely to embrace it and improve at a higher level.

“My number one tip would be to make it as easy for the players to buy into it and get involved as possible,” Gage said. “Deliver it to them at home as well as in-person so they can watch it in their own time. Make your video sessions interactive and enjoyable. The most important thing is to build a system where the players want more. Don’t crush them with it where they’re dreading the video. You should build it in a way where they want more when they’re done.”

Want to hear more about player development from Gage? Sign up for his online class, Lessons from the MLS — Develop Players with Video.