Sometimes it hits Brandon Gilliam during a game and he makes a mental note to himself.

Sometimes the realization comes later, when the BYU head coach is reviewing his team’s performance on video.

While Gilliam contends last year’s squad was one of the most connected groups he’s coached during his nine years as part of the staff, he still noticed instances of players momentarily falling out of the team’s cohesive nature.

BYU’s teamwork was key to winning the national title, so Gilliam worked quickly to smooth out any loss of focus.

“A lot of times a player is going to concentrate on his role and forget how his role impacts the guy in front of him,” Gilliam said.

“But during those early-season sessions when they’re all engaged and they’re in a room together and you’re talking about who needs to slide where and the purpose behind where they need to move and how it affects others, now they start thinking more about how the whole back line together connected to the midfield.

“Changing your shape by a couple steps can make a massive difference between preventing a shot or a goal, and that’s the mindset we got them in early on.” 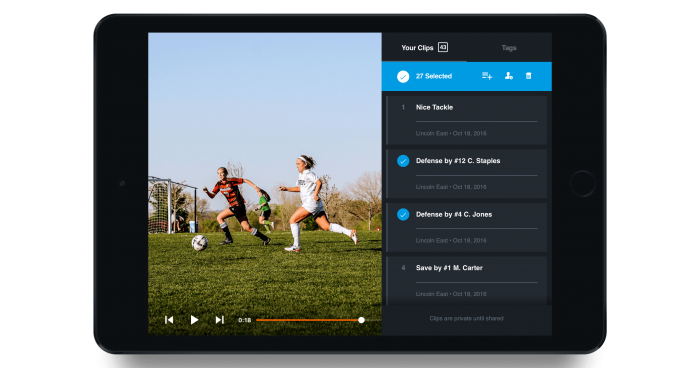 Gilliam ironed out mistakes by recreating game situations in practice. He would watch a game, cut it into a few key clips, then send them to the player(s). At the next day’s practice, he’d put the players in a very similar situation to what he saw on the video, walking them through what should have transpired.

Because the athletes had watched the video Gilliam sent them the night before, they came in with a base knowledge of what needed to be corrected. Cracks in execution were quickly sewn up.

“You’ll explain something to them and they think that they get it, but then they go out and they make the same mistake because they just can’t visualize the information you’ve given them,” Gilliam said.

“Then you send them the video and talk to them about it again, and they’ll immediately understand exactly what you’re trying to get at.”

But Gilliam doesn’t only use the video to call out players’ errors. He also finds clips of positive moments and shares those with his players as well. Not only does this boost the athletes’ confidence and reward positive behavior, but it helps create a mutual respect between player and coach.

Catch a recording of our live class with Gilliam to learn more about using video to maximize practice and create game-like scenarios.