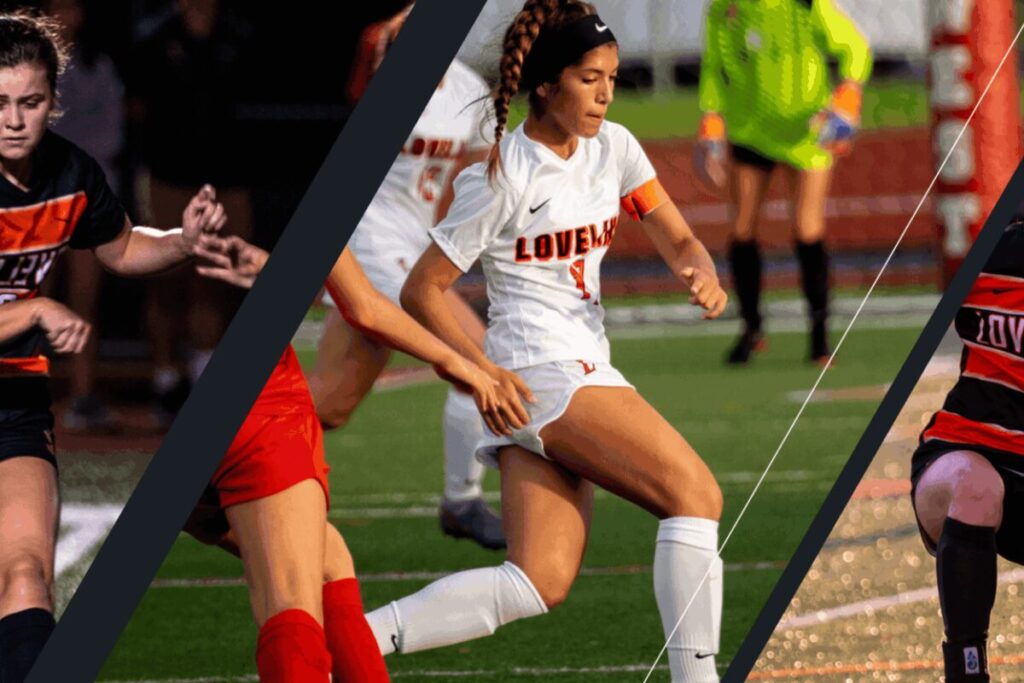 Before DVDs, before 8mm cassette tapes, and well before your average soccer team invested thousands into dissecting every inch of the pitch, Todd Kelly was already a film buff.

But when the Loveland (Ohio) girls soccer head coach says “you don’t know how excited I was” to adopt Hudl, he means it.

Version 1.0 of Kelly’s film breakdown process a quarter-century ago was a bear, nearly wearing out the fast-forward and rewind buttons on his VCR. Minutes stretched into what felt like eons as he searched for the right moments to pin down.

This was a process that typically took seven to 10 hours of his week. But to take it to the same depth that he does with Hudl? He says that would have taken him “about 20 to 24 hours”. With Assist reports, he’s doing it in as little as five.

“We couldn’t do what we do now without Hudl,” Kelly says. “There’s no way.”

In the days before a match, players get a game-planning packet that can exceed two dozen pages, using screengrabs taken from Hudl film. With every data point on Assist reports tied to video, creating one is surprisingly easy.

Need to see how a scoring chance came about? Kelly clicks to the mark on the shot chart and takes the freeze-frame he needs. Wondering why they’re so strong in the midfield? Kelly can open up the possession and pass string charts, see how their attacks built up, and stop where he needs to. No more searching blindly through an entire half of footage.

This workflow allows the Loveland coaches to communicate robust information in simple terms. A typical packet is whittled down to five talking points:

And then on game-day mornings, head coach Todd Kelly tells them to take that packet and “throw it in the trash”. They’re done thinking.

Loveland has a well-earned reputation for mastering corner kicks. And with it, confidence that they’re never out of a game. So naturally, this is the first thing Kelly looks at when he gets Hudl Assist reports on his game and scout films. Clicking the corner kicks column on the game report populates them all in one neat playlist.

As such, Loveland dedicates expansive time preparing set pieces. It’s not uncommon to spend a half-hour of every practice on this area, and hours dissecting them on Hudl.

On game nights, the Tigers may have as many as 16 set plays on their menu, depending on how the defense lines up. That also means players have to be prepared enough to know, in an instant, which of those plays to run.

“For us to be able to do that granular and that level of detail comes from watching us on film and what our opponents are doing,” Kelley says. “So that we can prepare our kids, ‘When you see this, because we’ve seen it on film of our opponents, this is what you need to do, this is what [set piece] you need to run.’”

If you were to run Assist reports on Loveland’s 2017 state champion squad, you would have found the Tigers were very direct, with few pass strings. This meant at times bypassing their skilled midfield, to take advantage of some exceptional talents both at the back and up top.

This past season, Loveland’s personnel suggested they’d be able to efficiently string passes together through the midfield. But there were some issues. By looking through the pass string data on his team, assistant coach Dan Donovan made two key discoveries:

As a result, the Tigers made significant changes to their practice regimen to work on those fixes. The payoff was another regional final berth. And with it, proof that confirming your hunches with visual data strengthens your coaching lessons.

That goes for scouting, too. Loveland finds that the data on pass strings tends to reveal a lot right away about an opponent’s style of play.

For instance, if your opponent has fewer pass strings, that means they’re habitually playing direct. They’re looking to win the ball and immediately play it forward, finding their target downfield as quickly as possible. More passes stringed together suggests a more possession-oriented, build-up approach. They might knock it around the back line, trying to create passing lanes by drawing opponents out of position.

“You have the opportunity to create all three of those things that are important in player development—physical, visual, and the emotional belief.” Donovan says of Assist. “That’s how they’re going to work hard at it, repeat it, and not let it become a bad habit again.”

Crawl Before You Walk

The advantage of Assist is easy to understand. Donovan’s advice to coaches new to Hudl is to focus first on the essentials. That means a two-step process:

Seems simple, right? But it’s easy to get carried away at first.

“Just do those two things, before you get to anything else,” he says. “You just have to try. But I do believe that if you go and think about everything you can do, it becomes too overwhelming to start.”

Hudl Assist doesn’t just empower your coaching staff to take your analysis substantially deeper — it lets you do it in far less time. These reports are easy to digest. And with every stat tied directly to video, you’ll give yourself countless hours back while doubling down on details you never knew before.