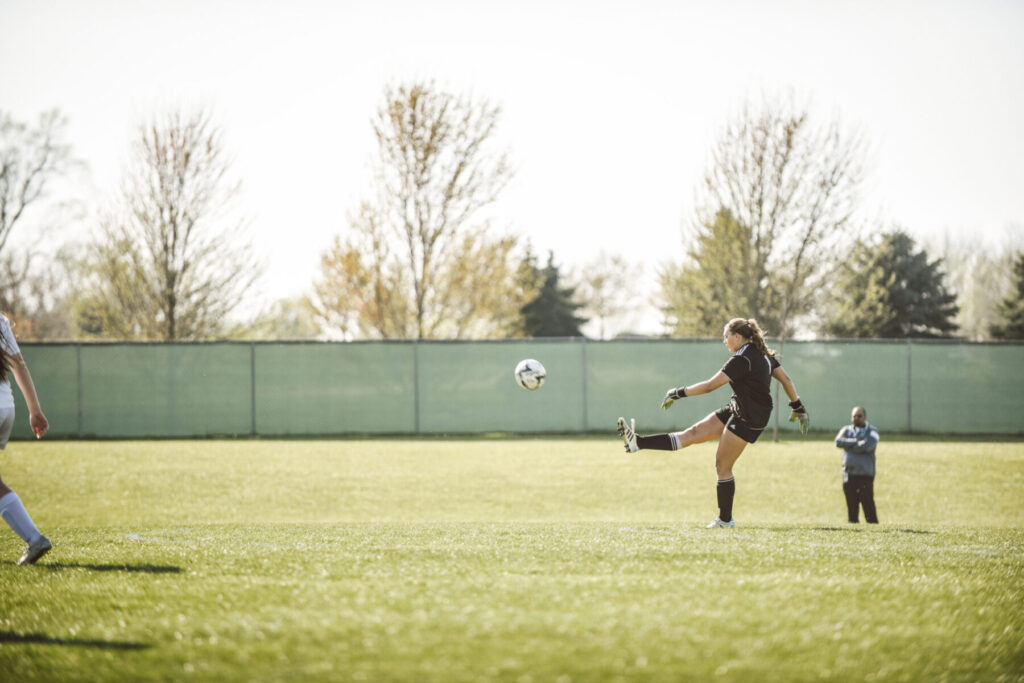 Never mind that Ames High is one of the smallest schools in Iowa’s 3A class. Video and reports helped power it to its first state title.

Despite owning a 12-3 regular-season record, few expected Ames High School to make much noise in the Class 3A Iowa state tournament last year. Ames is one of the smallest schools in the class and hadn’t appeared at state in 11 years, making them one of the field’s underdogs.

But the Little Cyclones shocked the field by bulldozing their way to the title game, where they knocked off WDM Valley, a school with 700 more students, 1-0 to claim the program’s first championship.

“We always feel like we get a little bit less respect because the bigger schools just have more players to choose from,” coach Bobby Myers said. “We always feel like the underdog, and our group last year really just owned up to that mentality of being able to prove everyone wrong and do something unexpected. We went into a lot of games with uncommon confidence and we knew that we could compete.”

Ames had some help in taking down their larger opponents in the state tournament. Myers discovered inefficiencies in his team’s performance by pouring through statistical reports in Hudl. These stats and their linked video clips allowed him to uncover insights he hadn’t previously thought about.

For instance, Ames was good about possessing the ball, but their offense struggled due to their conservative style. Myers discovered that his team needed to get out and attack more often, a revelation that helped the team average more than four goals per game in the state tournament.

“Sometimes they don’t always believe what you say, but when you see it, obviously things change very quickly.”

Early in the year, Ames’ goalkeeper developed a habit of coming too far off the line, a tactic that was exploited by opponents. Myers sat down with her and shared clips depicting why she would be better served hanging back, allowing the keeper to make a pivotal adjustment.

“Sometimes they don’t always believe what you say, but when you see it, obviously things change very quickly,” Myers said. “They can see, ‘Oh, I did do that.’”

With only a few days between games, it can be difficult to make improvements on the fly. Myers credits Hudl Assist with helping him get to the data in less than 24 hours. Assist supplied him with all the data he needed in a timely manner.

“The season is so short, and if you wait one day to break down the numbers and situations and scenarios that the girls have to deal with, they’re going to be lost because we’ve already played another game or two,” Myers said. “Being able to have the numbers the next day, we can take those findings back to the kids quickly with a short turnaround.

“It just takes so much work off my shoulders. It probably takes me three hours to break down a film. On top of practice and everything else, where do you find the time? For someone else to be able to do it and have such a fast turnaround, that’s really nice.”