Here is a great drill to get a lot of players involved in match like attacking situations. 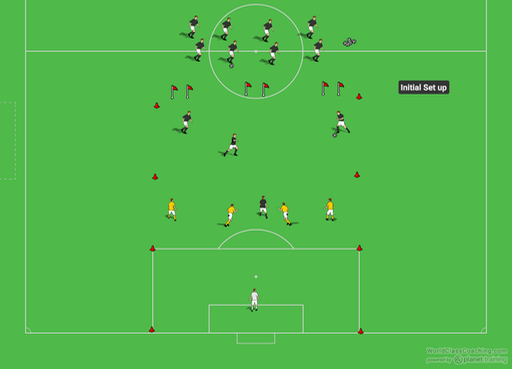 Execution:
Four players come from the midfield stripe or a bit closer as shown in the diagram and attack a group of four defenders who are positioned deep in the field in a zonal defense shape. 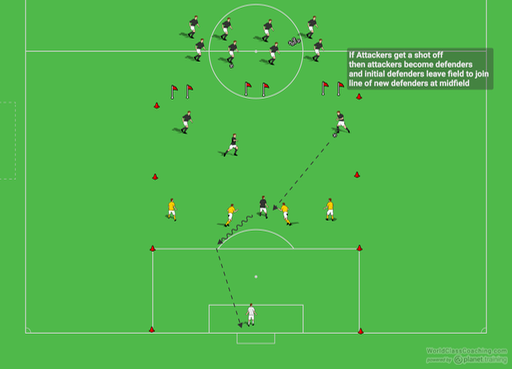 If the attacking team is successful in getting a shot off either on goal, over the end line or to the keeper’s hands, the attacking group becomes the defending group and a new group of four come from the midfield stripe to attack the newly appointed defenders. 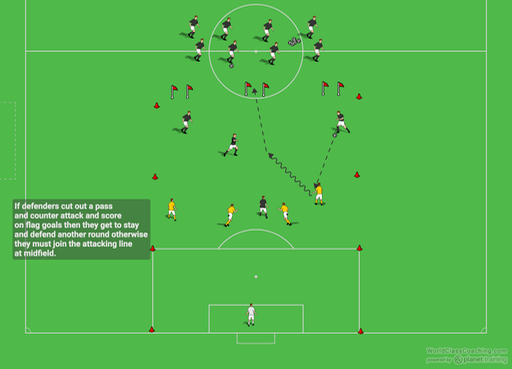 Variations:
Coach should have all waiting players with pinnies in their hands as the new attacking group entering should contrast in color with the defending group.

Coach can have the defending group stay on for 3-4 runs of attack prior to making any switches changing the game from an endless game to a predetermined number of attack before the switch. 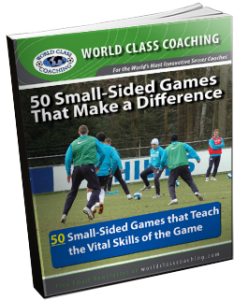