Former First Team Coach of Championship team Fulham FC. Sean is a UEFA A Coach with a Masters in Sport Coaching. He has over 15 years of experience working in professional football from Academy through to First team in the Premiership and Championship.Web – www.seanjreed.comTwitter – @SeanJReed

Objective
This session can be included within the warm-up, as an engagement exercise focusing on movement, awareness and communication. It was a game I came across when visiting a Serie A team and was used as part of their warm-up. There are many ways to adapt and progress according to the objectives you wish to achieve from it.

When the player is in possession the must keep one hand in the air to let people know who has possession.

When a goal is scored the team who conceded starts with possession, but must allow for the opposition to regain their shape.

Set Up – 2nd Part
The next part of the session continues from the previous one, but the pitch is now divided into 3 zones. A pass must be made through the zones. It cannot miss a zone out

Set Up – 3rd Part
This part of the session continues from the last however within this session the line in the final zone is an offside line. See Diagram 3. 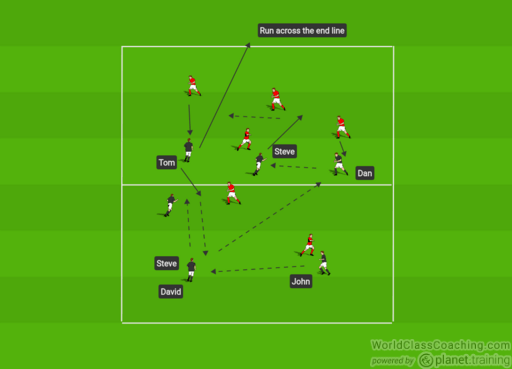 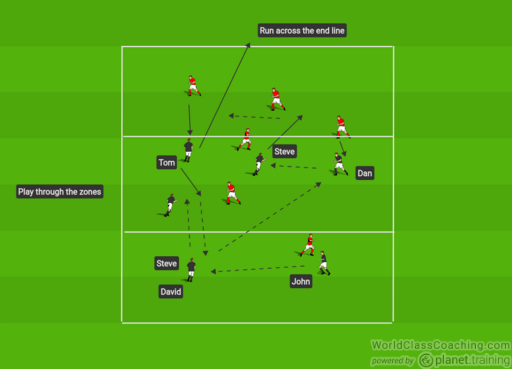 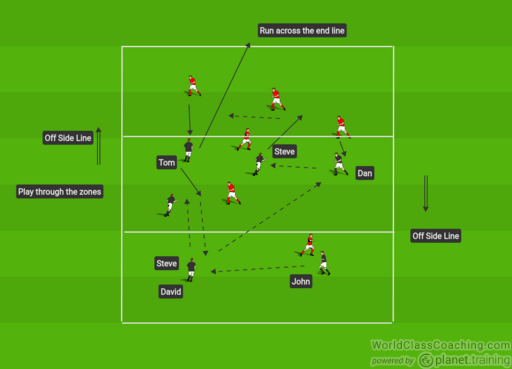