Description:
Here is a rondo that is not only good for ball possession and playing quickly, but also incorporates a real competition to ensure that the players aren’t just going through the motions. It works for younger or older players and can be simplified for less skilled players or made more difficult for higher-level players if needed. 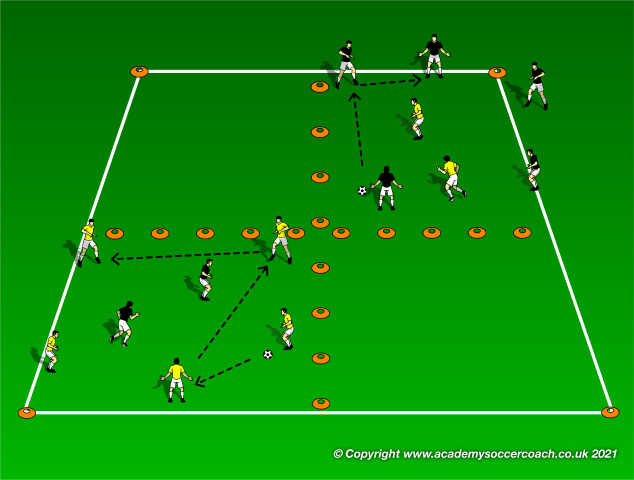 Execution:
Players in each rondo try to connect 4-6 passes (depending on skill level) without the defenders winning the ball. If defenders do win the ball, they quickly give the ball back to the attacking team and we start the connected pass count at 0 again.

NOTE: Defenders defend the whole time, they do not switch out upon winning the ball. 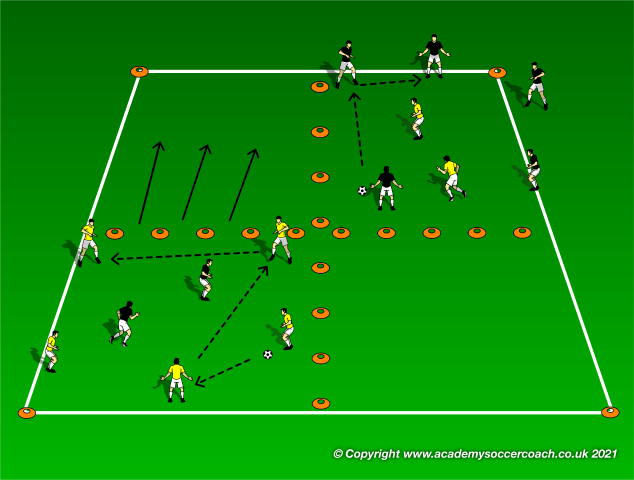 If either team connects the passes they need to connect, all players immediately move into the next grid in a clockwise rotation. They then continue the rondo, trying to connect the winning number of passes again.

The other rondo group stays where they are and tries to connect and move so they don’t get caught. This is the chasing part of the activity. 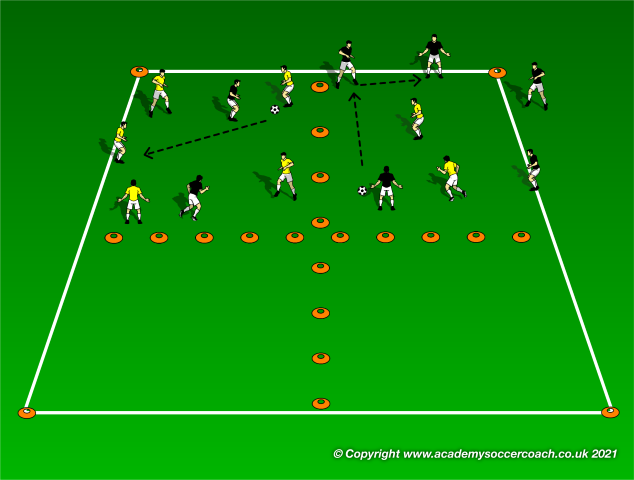 Each round is over when one group catches the other group. At this point we reset, switch player roles and start the next round.

Players can do “punishments” like burpees or push-ups to make the competition real. Keep score and play for a set number of rounds or to time. 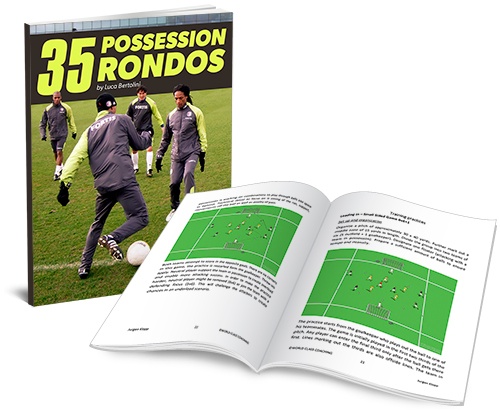