Description:
The purpose of transition keep away is to simulate the pressure experienced under build up play, with the overall result of by retaining possession in a team’s own third they open up opportunities in the opponent’s final third.

Setup:
Two boxes 30×30 boxes with a goal at the end of one of the boxes. two 8 player teams set up in the possession box, and 3 players from each team set up in the second box. 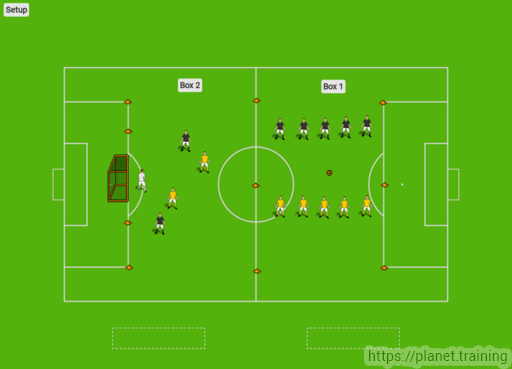 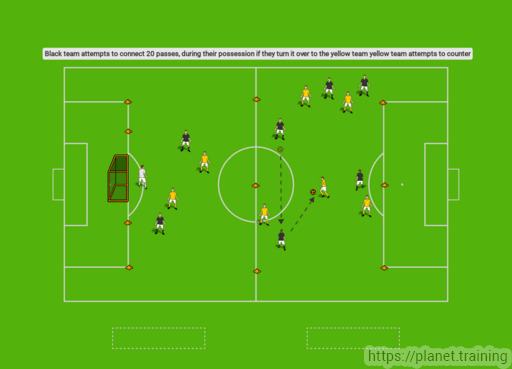 The defending team (yellow) must attempt to intercept a pass and attempt to counter into box 2, every player can enter the second box so rapid transition should give the yellow team numbers up in box 2 with a chance to score on net. The possession team attempts to win the ball back and bring in into box 1 to restart their count and attempt to achieve their goal. 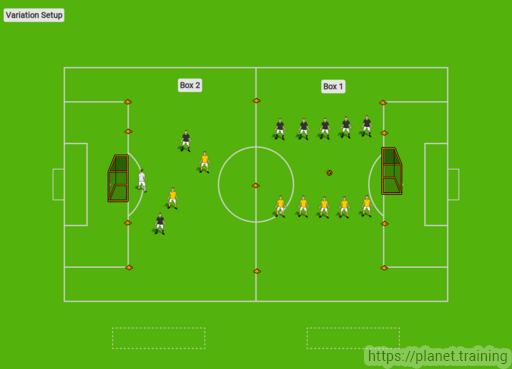 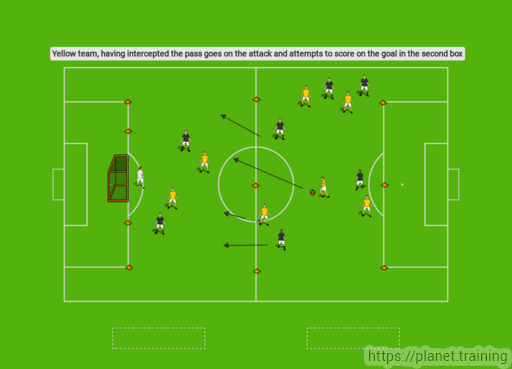 Click for more ideas about Coaching Soccer Through Small-Sided Games