Description:
The purpose of the Transition to Attack drill is to recreate the pressure of defending in a team’s own final third and creating lighting quick counter-attacks from this position using support play from the 9 and 10.

Setup:
The 10×54 yd field is split into three phases. 5 black players are placed as defenders representing the back line, the 6, and the 8. 4 yellow players are placed as attackers representing the 9s, 10, and 7/11. A red 10 is placed in the 2nd phase, and another red 9 is placed in phase 3. Balls are played in by the coach to attacking team at the edge of phase 1 and 2.

Execution:
Ball is initially played into the yellow team, who attempts to score goals against the black team. The black team then attempts to win the ball and play to the red player in phase 2. 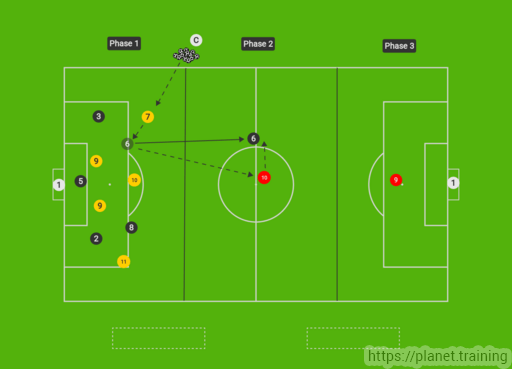 Once they have played a pass to the red player they can then move onto phase 3 where they must play a pass to the green 9. Regular out of bounds rules are applied, every restart after a goal comes from the coaches 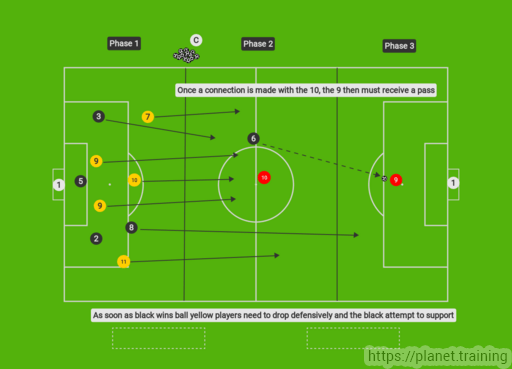 Variations:
Defenders can be added to oppose the red team

The middle line can be bypassed.

Click here to check out more great drills and videos